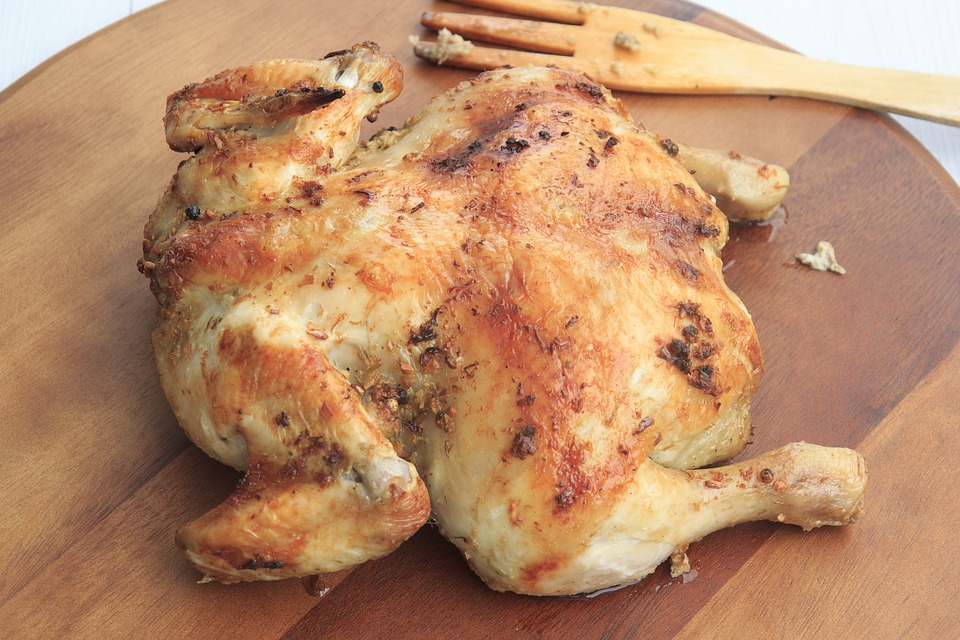 "Cooking and mealtime is a special occasion for all of us as we come together with our families and friends,” said Dr. Mindy Brashears, the USDA’s Deputy Under Secretary for Food Safety. "However, the public health implications of these findings should be of concern to everyone. Even when consumers think they are effectively cleaning after washing poultry, this study shows that bacteria can easily spread to other surfaces and foods. The best practice is not to wash poultry.”

The USDA goes on to provide three essential tips on how to reduce the risk of foodborne illness when preparing and cooking chicken. First, go ahead and wash other foods that don't require cooking, such as vegetables. Second, use a disinfecting cleaning product on any and all surfaces to which raw chicken has been exposed. Third, be sure to cook raw chicken to a safe temperature. The USDA recommends an internal temperature of 165 degrees Fahrenheit or higher for chicken. Using a probe thermometer, you can check the internal temperature of your chicken to ensure it's safe to eat.

You can learn more about this study by visiting the USDA's official website here.