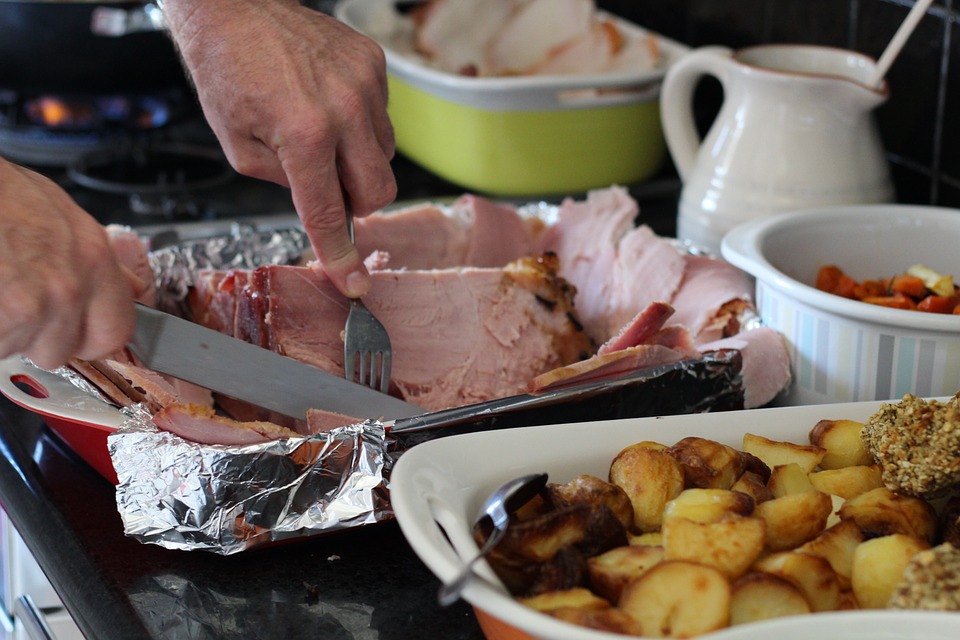 The holiday season is a joyous time of year that brings families together. Whether you're planning to throw a holiday party at your home or attend a party at a family member's home, you'll probably encounter some delicious homemade food. While tasty, though, you should use caution to ensure that you don't eat the wrong dishes or eat too much. Weight gain is an all-too-common occurrence during the holiday season, but it's also something that you can prevent with a little work.

Don't underestimate the importance of drinking water during the holiday season. Even if you eat relatively healthy food, you won't be able to manage your weight if you're drinking high-calorie beverages like soda, tea or fruit juice. Just a 12-ounce can of soda can contain over 200 calories. Assuming you drink two a day, that's nearly one-quarter of your total daily caloric intake. Water, of course, is devoid of calories, making it a better choice for hydration during the holiday season.

When preparing your plate at holiday parties and dinners, be mindful of portion sizes. Over the past few decades, portion sizes have become gradually larger in the United States. It's particularly problematic during the holiday season, as millions of Americans feast on homemade meals during this time of year. By consuming smaller portion sizes, you'll keep your weight in check while avoiding the pitfalls of holiday weight gain.

You'll struggle to maintain your current weight throughout the holiday season if you eat dessert. Desserts, while sweet and tasty, are typically loaded in calories -- and they aren't "good" calories. The calories in dessert come from processed sugar, which of course promotes weight gain. If you're trying to avoid gaining weight during the holiday season, pass on the dessert and choose healthier, more nutritious dishes instead.

Go for a Walk

Are you guilty of sitting around the living room all day during the holiday season? If so, you should try to get into the habit of taking regular walks. The Centers for Disease Control and Prevention (CDC) recently reported that only 23% of Americans get enough exercise. During the holiday season, many Americans stay cooped up indoors rather than exercising or otherwise staying physically active. If this sounds familiar, make a point of taking a short walk around the neighborhood at least once a day.